Emily Moon Shows How "Thrifting" Can Be Affordable, Sustainable & Fashionable. 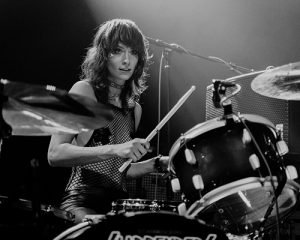 During an interview with Hit Like A Girl 2021 Spokesperson Emily Moon (drummer of Starbenders), she talked about some of the social activism she and the band are involved in. Emily said the band had decided not to use plastic water bottles on their last, pre-COVID tour. Everyone in the band bought a reusable water bottle and just refilled it as needed. They did 30 shows in 30 days, so you could say they each used only one bottle of water for the entire run!

We decided to develop Emily’s idea into a Hit Like A Girl program that we called “IMPACT” and we asked this years’ Hit Like A Girl contestants to talk about their impact on drums and the world— large or small— by making an video or written statement we could share.

The results were nothing short of amazing. We heard stories from girls and women all over the world who are actively supporting gender equality, human rights, the environment, breast cancer awareness and more.

Last year’s HLAG Beatmaking Champion, Chmba, created and runs “Tiwale”, an organization that that mentors, empowers and protects young African girls through education, skill training and job creation in her home country of Malawi. Tyan Lee, a HLAG-X contestant, has advised the Democratic Party in Singapore on public policy for mental health, gender equality and human rights issues. An 11-year old drummer from England wrote to say that, although her impact may be small, she’s doing all she can to support the other girls in the competition “because everyone needs a cheerleader." These are just a few of the many examples we received.

Emily also mentioned that the members of Starbenders are “thrifters”. She explained that meant that they buy their wardrobe at second-hand clothing stores. We thought it would be cool to give Emily a budget of $100, send her out to buy “pre-owned” clothing and then plan a fashion photo shoot to document and share what she came up with. The photos from Emily and her make-up artist/photographer Chelsea Thompson (as shown below) are incredible.

It’s been inspiring for us to see so many stories from people who are changing the world with their drumming and hundreds of other ways. We hope it encourages you to play your part— and make your impact— as well. 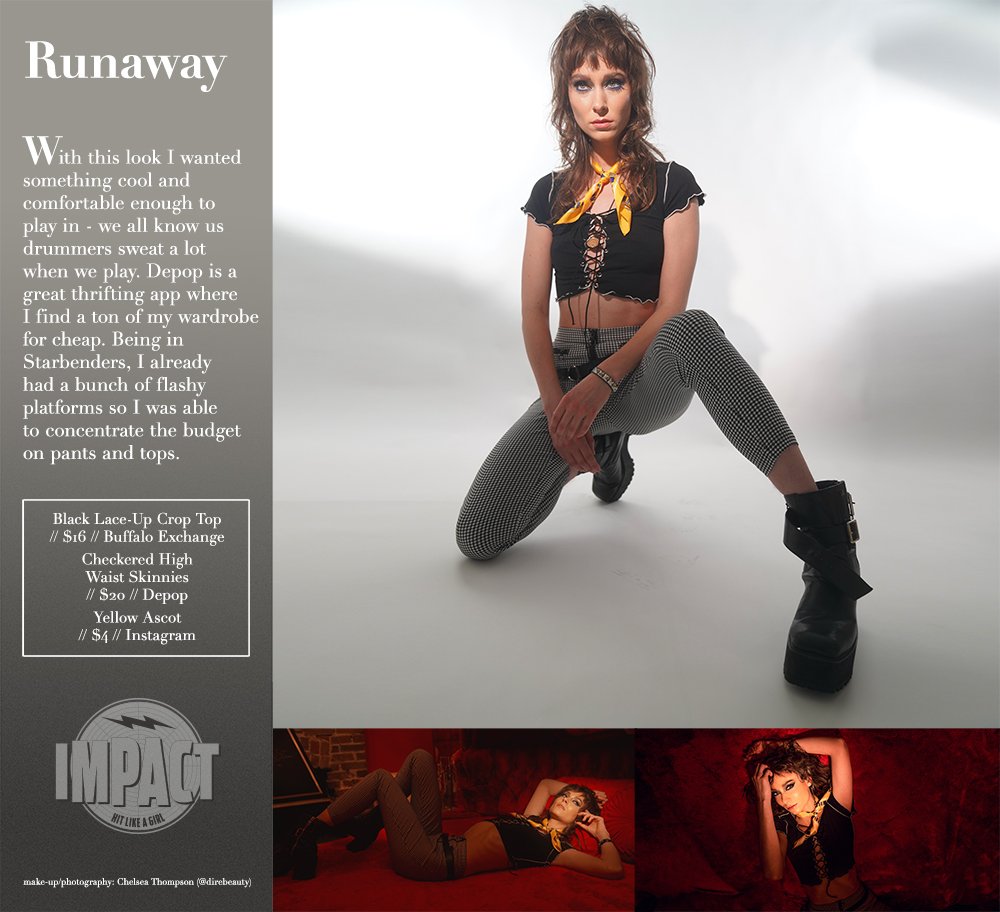 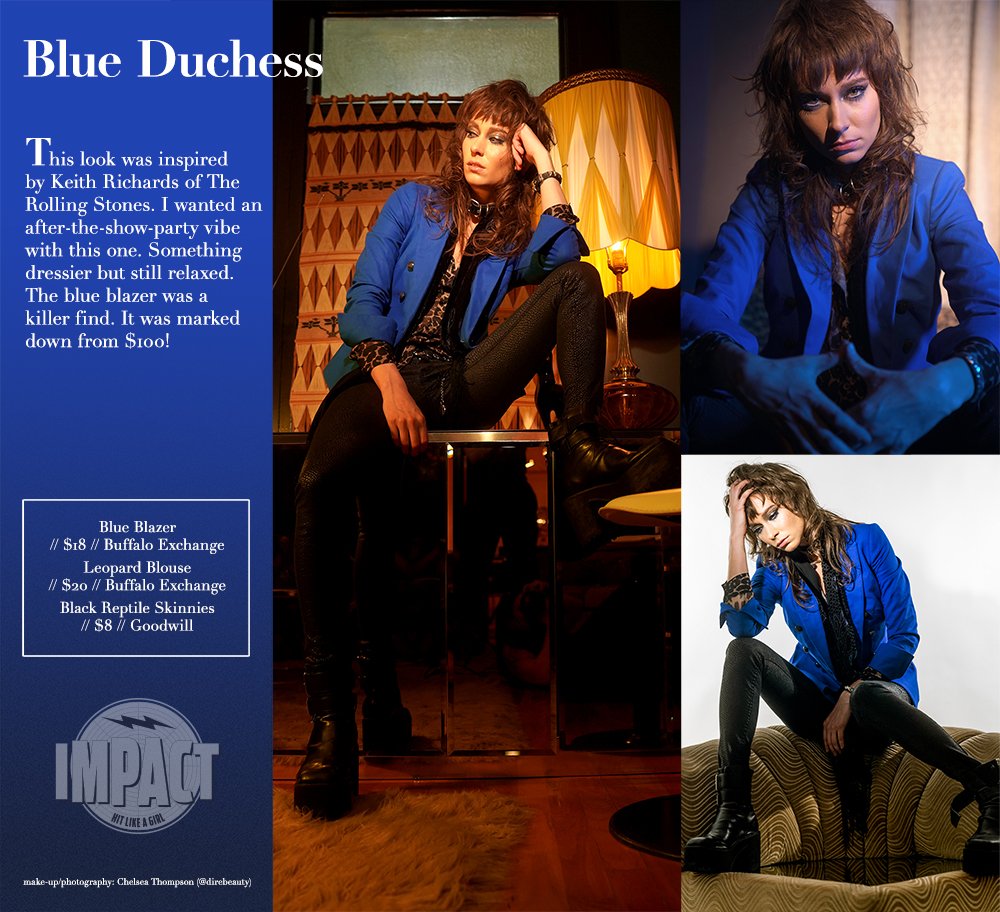