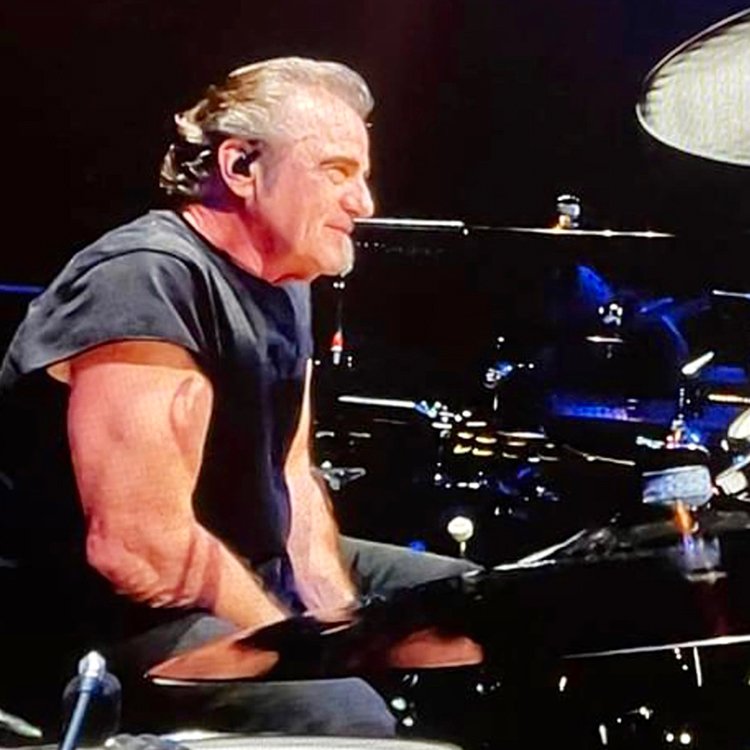 “Tico” Torres is the drummer for rock band Bon Jovi, which was inducted into the Rock and Roll Hall of Fame in 2018. The band will be celebrating their 40th anniversary in 2023.

Tico’s artistic talents also include visual art and since 1994 has exhibited his paintings in galleries internationally. Tico is a businessman, entrepreneur and founder of the Tico Torres Children Foundation in Florida where he resides. 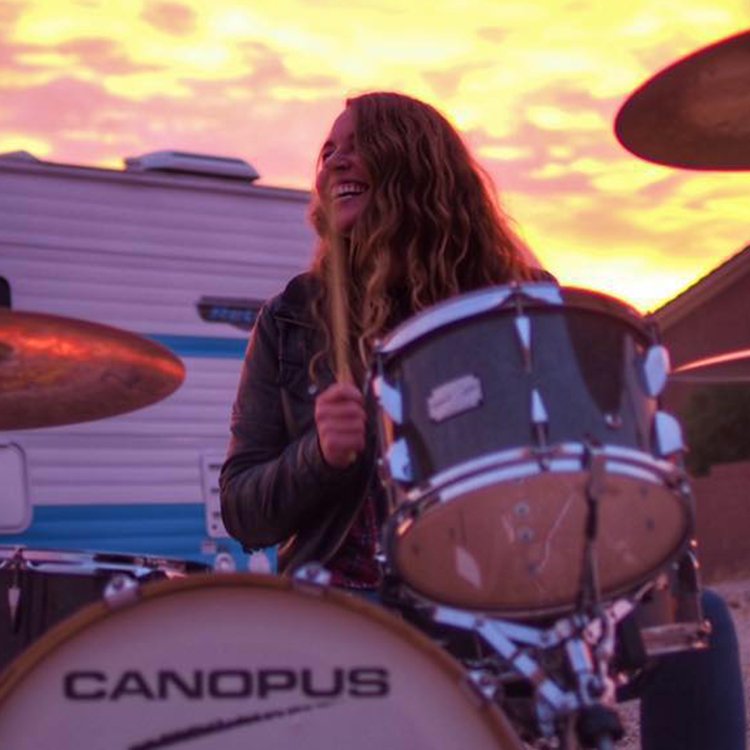 Emily Sully is a Drummer, Performer and Educator hailing from the entertainment capital of the world, Las Vegas!  Known for her powerhouse drumming style and contagious positive energy,  Emily is the driving force behind 90s tribute act Empire Records and many high-profile Vegas acts.

With over 20 years behind the drum kit, Emily is often recognized for her deep pocket grooves and intuitive playing.  As a teenager, Emily was shaped by personal drum lessons from drum icon Travis Barker, which further propelled her passion and playing into another dimension.  Emily has performed all over the country and on notable events such as the Vans Warped Tour, SXSW, Life Is Beautiful music festival, Neon Reverb festival and the Rock N Roll Marathon.

In addition to performing, Emily is also a passionate drum instructor to young up-and-coming-drummers.  Emily has spent time as a drum coach and instructor at the School of Rock and also volunteers annually at Girls Rock Vegas non-profit camp designed to inspire and empower young girls through music performance.

Jazz Kelley is an original native of Carrollton, GA and the FIRST WOMAN to earn a BA in Music Education & Performance with a focus in Drums & Percussion from The UNSINKABLE ALBANY STATE UNIVERSITY. She is the founder & creator of the Girl On Drums fashion brand, a professional drummer, speaker, and instructor.

Her main mission is to positively impact and encourage girls and women globally that they can and will be all that they dream and more including, but not limited, to a well paid musician/artist. 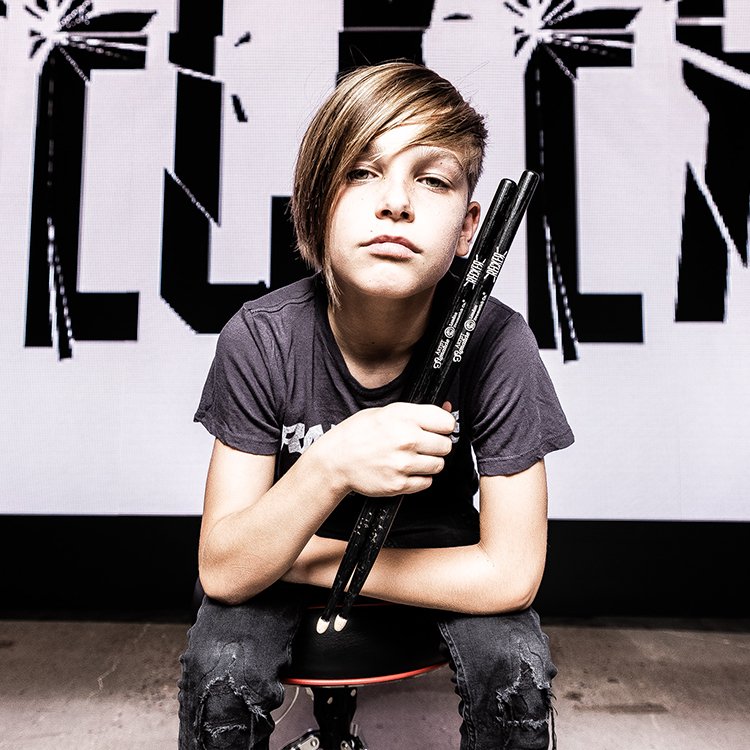 Recker Eans is the Host and Drummer of ‘The Kids Tonight Show’ on Peacock TV and drums for the band ‘Silence The Voice’. Recker has also taken his talents to movies and commercials as well as being featured on television shows, documentaries, print publications, and worldwide advertisements with Gap Kids. At just 11 years old, Recker has gained the respect of his peers and performed live with such bands as The Used, Pennywise and Authority Zero and appeared in music video’s for bands Volbeat, Neffex and Signals. Catch his band at local shows or festivals throughout the country! 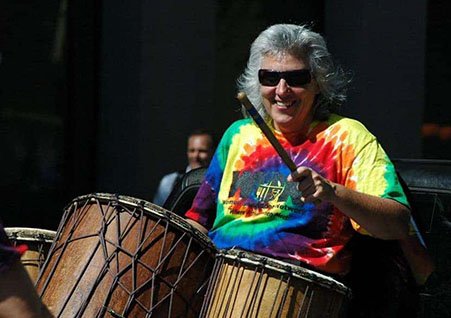 HLAG-X 40+ Champion Karen Newell has been playing and teaching drums and other percussion for most of her life. In addition to teaching marching drum lines and private lessons she is known for her creative approach to music which includes making and playing instruments out of common household items such as car mufflers, exhaust pipes, paint buckets and trash cans. Karen also directs a “Stomp-like” percussion ensemble for women called The Les Prestines.

Karen has been a Hit Like A Girl weekly winner and finalist numerous times including: finalist in 2018 (tenors), 2 nd in 2019, 3 rd in 2020 and Champion in 2021 (over 40 category). In addition to playing and teaching drums, Karen has used her talent and creative energy for various social activism and empowerment events such as: Girls Rock Camp, Ladies Rock Camp, Atlanta Pride, Women’s Outdoor Network and putting on an annual percussion ensemble/drumming concert to raise funds and awareness for a project that provides health care for migrant farm workers and their families thru Emory University School of Medicine where she recently retired as an Assistant Professor in the Physician Assistant Program. 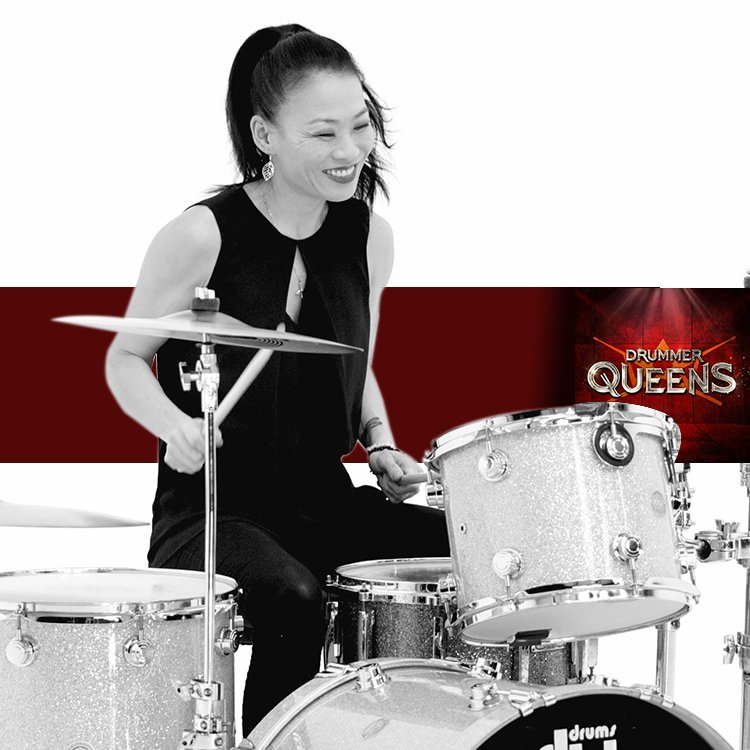 Nerida (Ned) Wu is an Australian drummer who has played live and performed in the recording studio with numerous original and cover bands over the years. As a member of various independent rock bands including Dark Shadows (2006-15) and The Mis-Made (2016-18). Ned has toured Europe, the UK, USA, Canada, Japan and Australia.

Ned has been a member of all-female percussion group DrummerQueens since 2013, directed by Joe Accaria and Nigel Turner-Carroll. In 2021 DrummerQueens toured the east coast of Australia in mainstage theatres. They have also performed at various gigs from Australian Ultimate Drummer’s Weekend 2015, to Lunar New Year 2020 celebrations in Singapore. In 2015 Ned played percussion in the musical “Tap Dogs”, touring China, Hong Kong and Macau.

Ned has a keen interest in taiko (Japanese drums). She is an associate player with Australian taiko group Taikoz, performing in corporate and mainstage events such as Womad 2022. Ned is currently performing and recording with Australian soul/rock artist Jeremy Costa. 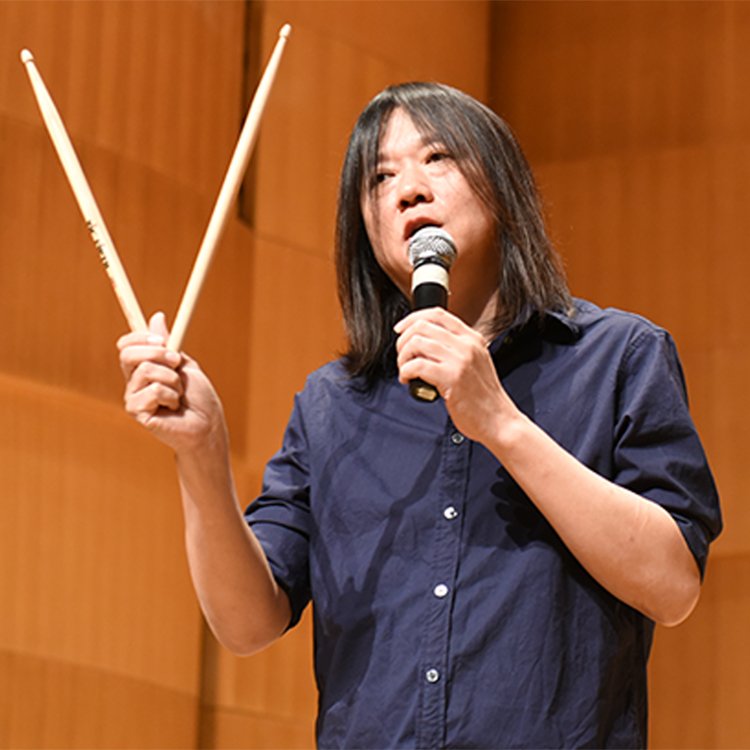 Mr. Li Hongyu has been engaged in drum performance and education for over 30 years since he established Nine Beats in 2003. By December 2021, Nine Beats has built over 1300 branch schools in 615 cities among 30 provinces, municipalities and autonomous regions throughout China. In 2019, Nine Beats USA headquarters was launched in Los Angeles, California, USA, which was invested by China Nine Beats Education and Technology Group and joined by Mr. Thomas Lang, the world-renowned artist. It marked a milestone for the brand globalization strategy layout of Nine Beats China.

In 2004, Mr. Li Hongyu started to edit Nine Beats Drum Set Course, and the course was published in 2008, which includes 18 books of 6 collections. The course system has been highly praised as “the most logical textbook in drum set” by numerous drum set masters such as Virgil Donati of Australia, Thomas Lang of Austria, Rick Latham and Dom Famularo who are American drum-set educators and performers. It has been widely adopted by teachers and peer institutions over the decade. In 2017, Mr. LI Hongyu and his teaching team began to edit systems of Nine Beats Electric Guitar Course, Nine Beats Electric Bass Course, Nine Beats Marching Percussion Course, and Nine Beats Marimba Course, which have been published consecutively. Again, Nine Beats Guitar Teaching System will change the development direction of China’s modern music education and training industry.

Emma Ford is an Australian born, professionally trained drummer and percussionist. She received her Bachelor of Music (Jazz Performance) from the Sydney Conservatorium of Music in 2011. She was also a member of the all female drumming group Drummer Queens and has performed as a freelance and session musician in both Australia and the United States. In 2016, Emma won the coveted ‘Rob Guest Endowment Musicians Award’ allowing her to travel to NYC to study with theatre drummer, Andres Forero.

Emma is a well known Musical Theatre drummer, she has been performing professionally in the Australian Theatre scene since 2014 on shows including The Illusionists 1903 Tour, In the Heights, Pippin, Jagged Little Pill and Emma recently made history as the first woman in the world to play drums for Hamilton the musical.

Since moving to New York at the age of 25, Emma has performed on Broadway shows including Head Over Heels, Tootsie, Come From Away and Jagged Little Pill.  She has also played numerous gigs, cabarets and gala’s alongside talents such as Stephen Schwartz, Ben Vereen, Paul Shaffer, Ariana DeBose, John Cameron Mitchell and has undertaken accompaniment work for Broadway productions including Mean Girls and Magic Mike.

After relocating back to Australia due to the Covid-19 pandemic in 2020, Emma will finally be returning to New York City in 2022 to continue her successful career on Broadway. 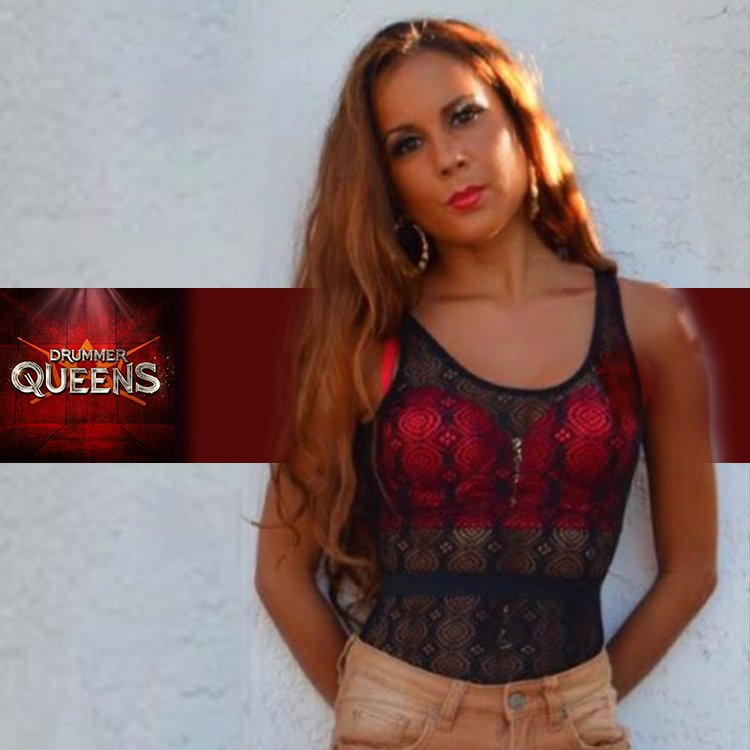 Internationally celebrated drummer and percussionist in Reggae, Afro-Funk, Soca, dancehall R&B, Funk, and Calypso music, Lisa Purmodh began nurturing her musical talents at the young age of 6 when she picked up her first pair of sticks and started learning from her father, James Purmodh from The Fiji islands. James is legendary pioneer of reggae drumming since the 1970s, a time when Afro-Caribbean music was unknown in the county of Australia.

Lisa launched her professional career at 19, performing with the esteemed African Diaspora in a sold-out show at The Basement, the premier Blues and Jazz venue in Sydney, Australia. In recent years, Lisa has performed throughout Europe, North America, and South America, with celebrated Indigenous artist Xavier Rudd.

Highly regarded by world’s top reggae artists, Lisa has performed in Jamaica with Damian Marley, and recorded with Stephen Marley. She has also shared the stage with world renowned artists Ky-Mani Marley, Third World, The roots, Steel Pulse, Aswad, Toots and the Maytals, Machel Montano, and Bunny Wailer, to name a few.

Lisa has established herself as a positive role model to young women across Fiji and Australia with mentorship initiatives, music workshops, and performances classes. She has been featured extensively in the press and has become the most renowned female reggae drummer in the music industry today.