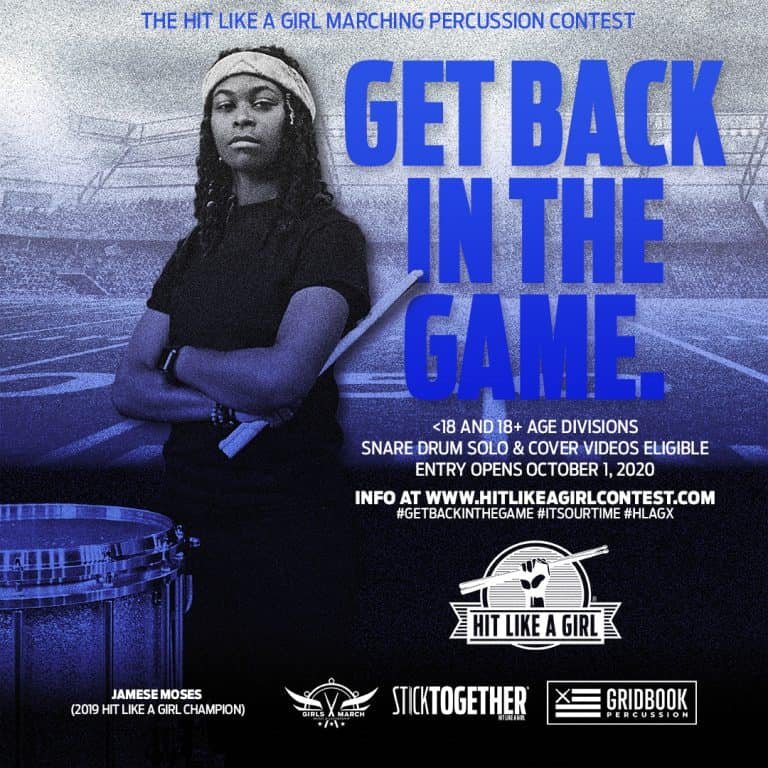 Encouraging players to get off the sidelines and “Get Back In The Game”, Hit Like A Girl has announced that its revamped and rescheduled Marching Percussion contest will open for entries on October 1, 2020. The HLAG Marching contest follows the highly successful international and regional drumset and beatmaking contests that were held earlier this year and has been shifted to the Fall to increase its prestige and participation. The contest is open to female snare drummers in the Under 18 and 18-Plus age divisions with solo and cover videos accepted through October 19.

HLAG 2020 Marching Percussion contest judges feature leading artists and educators such as Sandi Rennick, Julie Davila, Raychel Taylor and Mark Perrett plus former Hit Like A Girl Champions AJ Kostromina and Jamese Moses. Among this year’s prizes are marching snare drums from Ludwig and Pearl along with Firth, Vater and Innovative Percussion drumsticks and Remo drumheads. Scholarships and educational material from Girls March and GridBook as well as exclusive performance opportunities will also be awarded to the Champions and Winners when they are named in November. 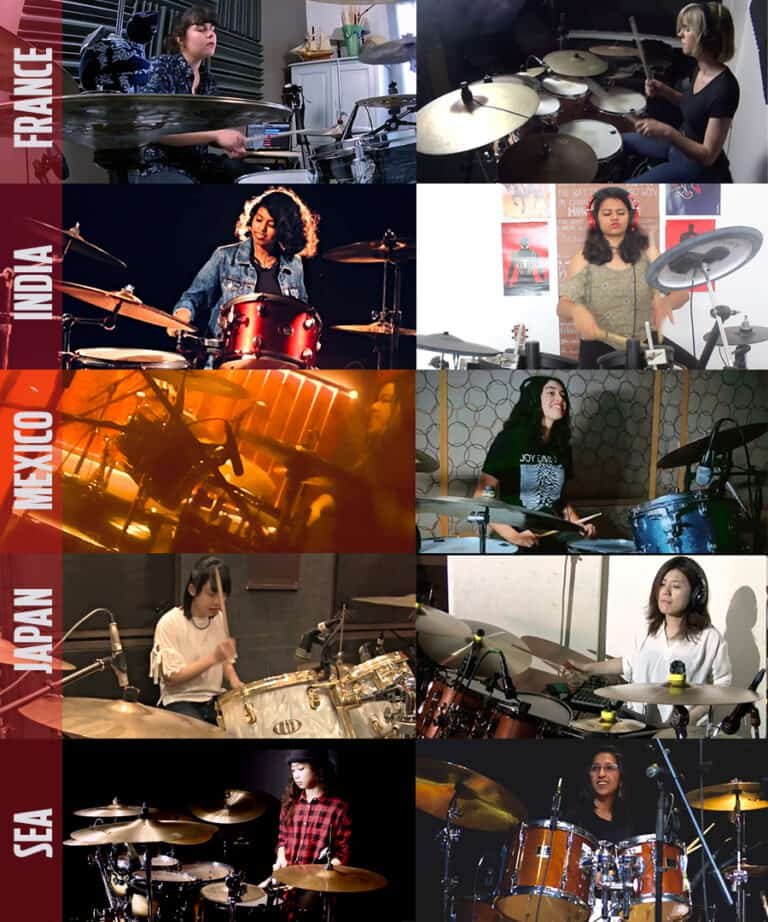 Hit Like A Girl is proud to announce the winners of the drumset category for this year’s regional contests. These outstanding drummers will receive special awards from the HLAG sponsors. Thanks to the international judges and ambassadors and especially everyone who entered.

The Champions and Runners-Up of the 2020 International Hit Like A Girl Contest will be announced on Friday, May 29 and will appear on a special episode of Hit Like A Girl LIVE on Tuesday, June 2 at 1:00PM EDT/10:00AM PDT @hitlikeagirlcontest on Instagram. 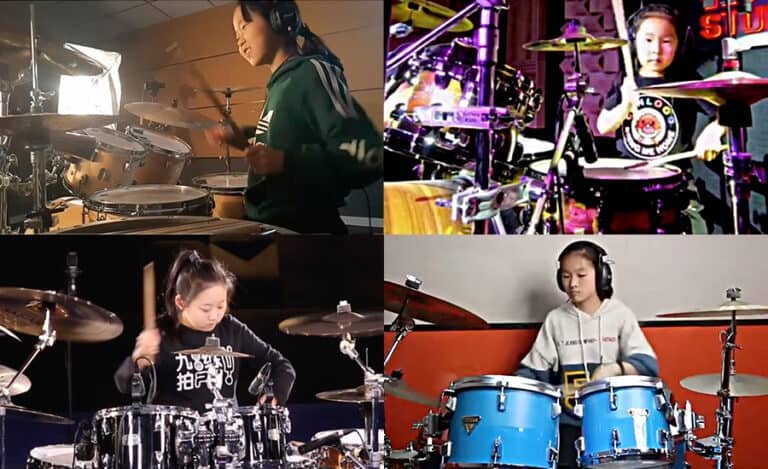 Following hundreds of entries, thousands of votes and millions of views—  and highly-competitive preliminary, semi-final and final rounds— Hit Like A Girl and 9Beats drum schools are pleased to announce the Champions and Winners of the Hit Like A Girl China 2020 contest for female drummers.

Hit Like A Girl and 9Beats wish to thank everyone who entered and everyone who supports the female drumming community in China and around the world. HLAG International Drumset and Beatmaking Champions as well as Regional winners in Southeast Asia, France, Japan, India and Mexico will be announced on the www.hitlikeagirlcontest.com website on May 29, 2020. 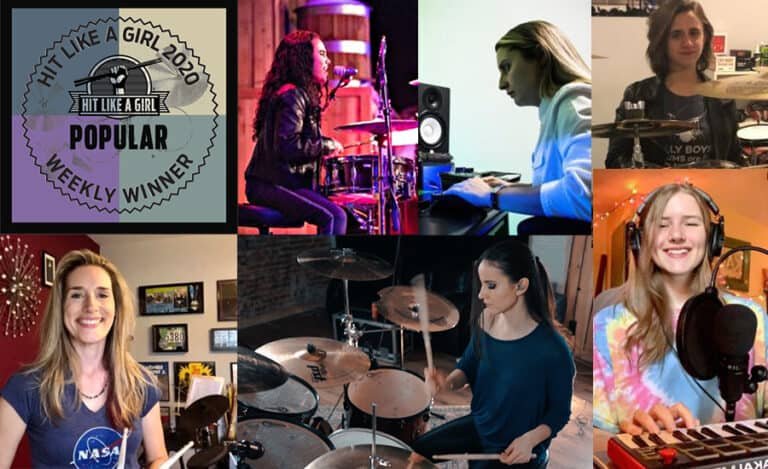 As we head into the final round, Hit Like A Girl congratulates our Popular winners (clockwise from upper left): Evelyn Moreno (<13), Juanita Pelaez (Beatmaking 18+), Alyssa Tomassi (13-17), Kallee Bernish-Good (Beatmaking <18), Mihaela Naydenova (18-39) and Jennifer Towns (40+). Winners of the popular voting will receive a prize package from HLAG 2020 sponsors and automatically qualify for the final round where they will be judged by many of the world’s top drummers. You can view all the truly amazing entries we received this year at www.hitlikeagirlcontest.com. Stand by for the 2020 HLAG finalists to be announced soon! 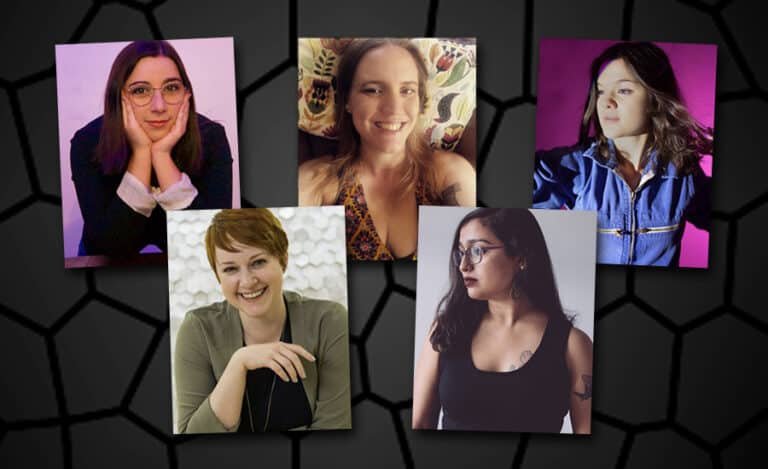 Featuring many of today’s top professional beatmakers along with the Champions and Winners from previous contests, this year’s judging panels have been announced for the under and over 18 age groups in the Beatmaking category of Hit Like A Girl/Beats By Girlz contest. Three “pro-am” teams will judge the semi-finals while BBG’s founders, executives and directors will judge the final round.

HLAG Beatmaking contestants compete for a selection of prizes— including hardware, software and international exposure— from sponsors like Novation, Native Instruments, Roland, Presonus and Melodics. Results will be announced on the www.hitlikeagirlcontest website on May 29. 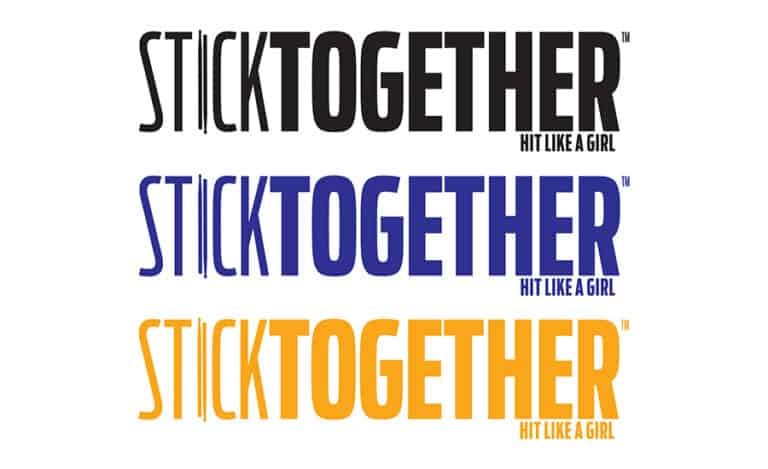 Hit Like A Girl began in 2012 with a mission to highlight female drumming and encourage more girls and women to become drummers. With its new “Stick Together” program, the organization has expanded their mission to help girls and women become better drummers. And, since the COVID-19 pandemic has given drummers another reason to keep playing and support each other, “Stick Together” allows players to strengthen the drumming community at the same time they strengthen their hands.

Here are the highlights of the project:

• Dozens of today’s top female drummers have been invited to record short videos demonstrating their favorite rudiment, warm-up or stick control exercise. The short hand-technique exercises can be played with just a practice pad and a pair of sticks.

• The exercise videos and transcriptions are viewable on the @hitlikeagirlcontest Instagram page.

• Players can collect a downloadable “Stick Together” certificate and access “Rewards” that are special discounts on educational supplies by visiting www.hitlikeagirlcontest.com/stick-together-rewards. Participating sponsors include Sheet Music Plus, Hudson Music, Tom Tom Magazine and more. 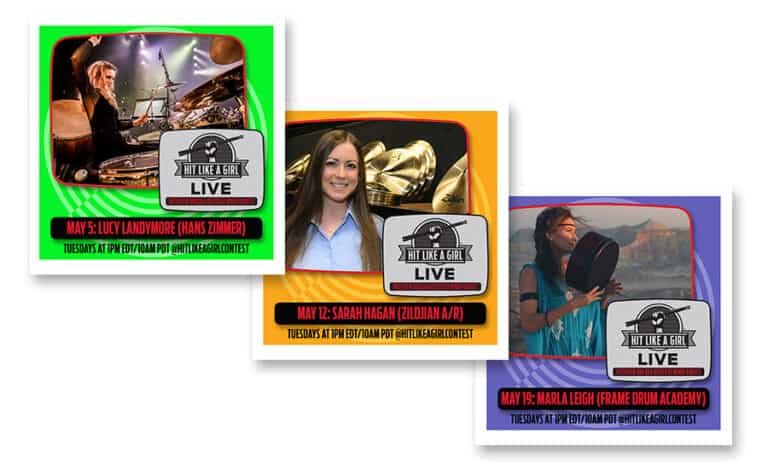 Hit Like A Girl’s new “Hit Like A Girl LIVE” show is the latest expansion of the organization’s ongoing effort to showcase and support female drummers, percussionists and beatmakers. The weekly live stream takes place every Tuesday at 1:00pm EDT/10:00am PDT on the @hitlikeagirlcontest Instagram page and is hosted by HLAG Director, founder of Tom Tom magazine, drummer and advocate for the female drumming community, Mindy Abovitz. 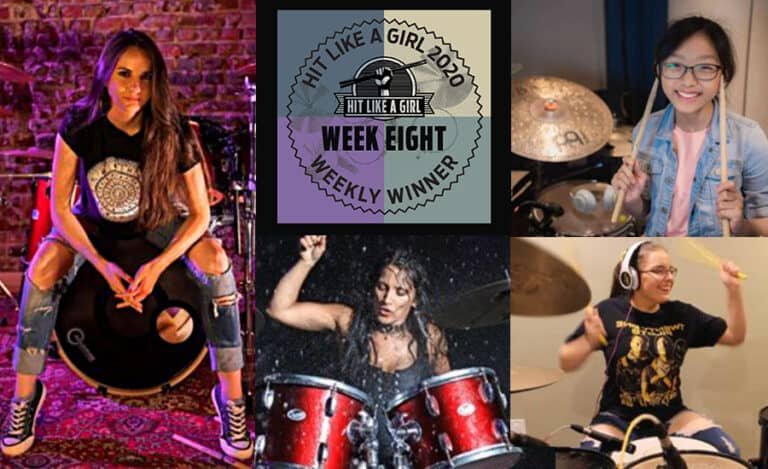 Winners of the weekly contests will receive a prize package from HLAG 2020 sponsors and automatically qualify for the final round where they will be judged by many of the world’s top drummers. You can view all the truly amazing entries we received this year at www.hitlikeagirlcontest.com. Stand by for the 2020 HLAG finalists to be announced on May 13! 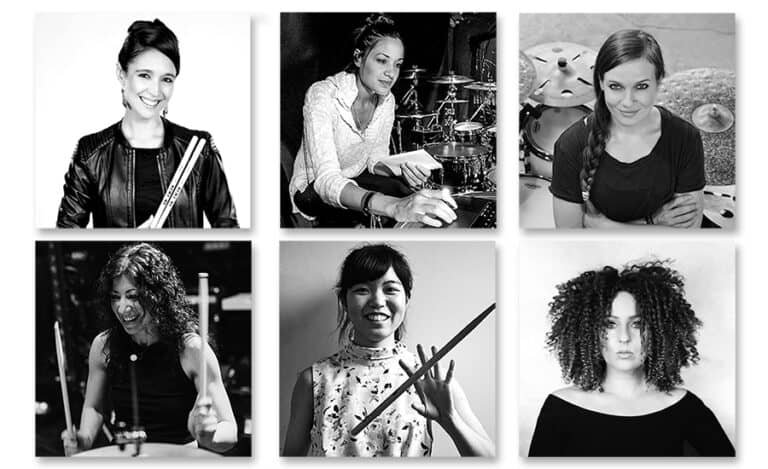 As the final round of the 2020 Hit Like Girl contest draws nearer, the celebrity judging panels for the Drumset category have been announced.

Read the bios, backstories and professional credits of these world-class drummers as well as the judges for the Chinese, French, Mexican, Indian, Japanese and Southeast Asia contests at www.hitlikeagirlcontest.com/judges.

The judging panels for the 2020 Hit Like A Girl Beatmaking contest will be announced soon.